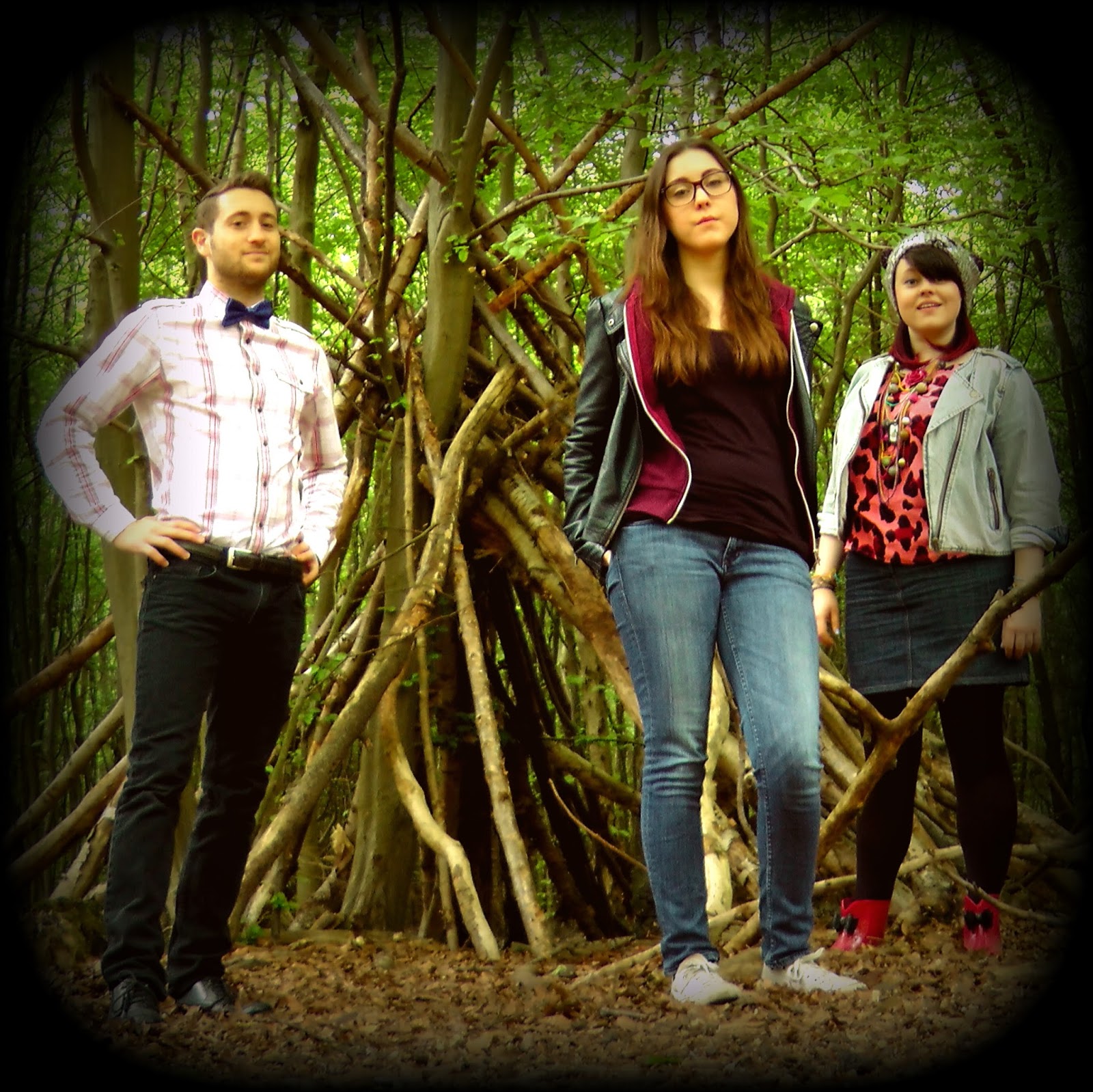 Pilgrim Shadow / A Recipe for Disaster - A Comedy Double Bill at the Enfield Dugdale Centre.

Bad Bat Productions are delighted to announce that later this year we will be partnering with Enfield Theatre Co-Op to produce a comedy double bill at the Enfield Dugdale Theatre, running from Thursday 20th November to Saturday 22nd November 2014.

The Future Boys are back! The double bill will feature the second run of Steve Jordan's science fiction comedy 'PILGRIM SHADOW' (★★★★ - Views from the Gods, ★★★★ - Remote Goat) and the debut of Ray Newell's hilarious farce comedy 'A RECIPE FOR DISASTER'. Both productions will be directed by Steve Jordan and star Cliff Chapman and Adam Joselyn.

Further details will be released later in the year, and tickets should go on sale in the Autumn. In the meantime, check out our 'past productions' page to learn more about PILGRIM SHADOW and read some of the great reviews from its debut run at the Tristan Bates Theatre last summer as part of the Camden Fringe Festival.
Posted by Bad Bat at 12:49

Bad Bad Productions is delighted to announce that our next theatrical production will be THE PROBLEMING, a horror comedy by Steve Jordan. The show will run at the Tristan Bates Theatre in Covent Garden for six evening performances, from Monday 28th July to Saturday 2nd August 2014 at 7.45pm. The show will be part of this year's Camden Fringe Festival, and will star Emma Stirling as 'Cynthia', Adam Joselyn as 'Dave' and Ellen Gallagher as 'Nicole'.

Cynthia's university life is a nightmare. She hates her peers, her campus and she's beginning to hate herself. Her only ‘friend’ is Nicole - a scatterbrained party girl, desperate for popularity. In an effort to move up the social ladder, they join the only student society that appeals - the Speculative Analysis Society (Spec Anal for short) - a group on a quest to prove the existence of the paranormal. As it turns out, it’s not a group at all; just a bloke in a bow-tie called Dave, a lone ghost enthusiast who believes that the isolated rural campus of Trent Park University is haunted by the spirits of witches that were burnt on the grounds of the campus. Despite Cynthia's cynicism, the trio venture out into the seemingly endless fields at night. A harmless bit of fun? Or a night of terror they must fight to survive? Behold, the Probleming.

This will be Bad Bat's first Camden Fringe run, though the team have had years of success at the Fringe as part of ManMoth Productions. This will be the team's second run at the wonderful Tristan Bates Theatre, a lovely theatre in the heart of London's West End. We're delighted to be opening the Camden Fringe at the Tristan Bates as their first show of the festival. We aim to be a tough act to follow. Expect laughs, scares and a whole bunch of fun.

Tickets will be £10, and go on sale on the 1st of June 2014. Check back soon for details on how to book and more info about Bad Bat productions!
Posted by Bad Bat at 15:10

We're delighted to announce the cast of our new comedy-horror play THE PROBLEMING as Emma Stirling, Adam Joselyn and Ellen Gallagher, playing the parts of Cynthia, Dave and Nicole respectively. The production will be taking place this summer as part of the Camden Fringe festival.

Emma Stirling (left) is an accomplished performer who wowed us at auditions - we're thrilled to have such a brilliant talent as our lead.  Those familiar with Steve's other plays may recognise Adam Joselyn, who was incredible in the role of Gary in science fiction comedies DEAD STATIC and PILGRIM SHADOW. Bad Bat's own Ellen Gallagher (right) will return to stage with her first role since her show-stealing performance in Steve's A HERO'S JOURNEY.

Dates, venue and more details of the show will be announced very soon, and tickets will go on sale on 1st June 2014. Expect the Bad Bat marketing machine will go into full swing soon after!
Posted by Bad Bat at 15:52