Interview with The New Current. 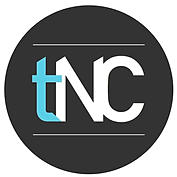 
'Was it challenging writing a horror comedy play?

While writing my style of comedy has always come naturally to me because I grew up on classic British sitcoms, the horror aspect is more challenging. I think there’s a lot more funny comedy out there than genuinely scary horror, so we want to make sure we don’t short-change our audiences with something half-heartedly spooky. When the play moves into horror, expect edge of your seat stuff.

I think SHAUN OF THE DEAD and SCREAM are two excellent examples of of the genre, though SCREAM is often billed as a straight-forward slasher, I see it more as a incredible parody of one (in a good way) - there's a reason why the two genres are such common bedfellows. In my mind, they can both fold seemlessly into the other.'

Read the entire interview on their website, HERE. Tickets for the PROBLEMING are on sale now.
Posted by Bad Bat at 13:28