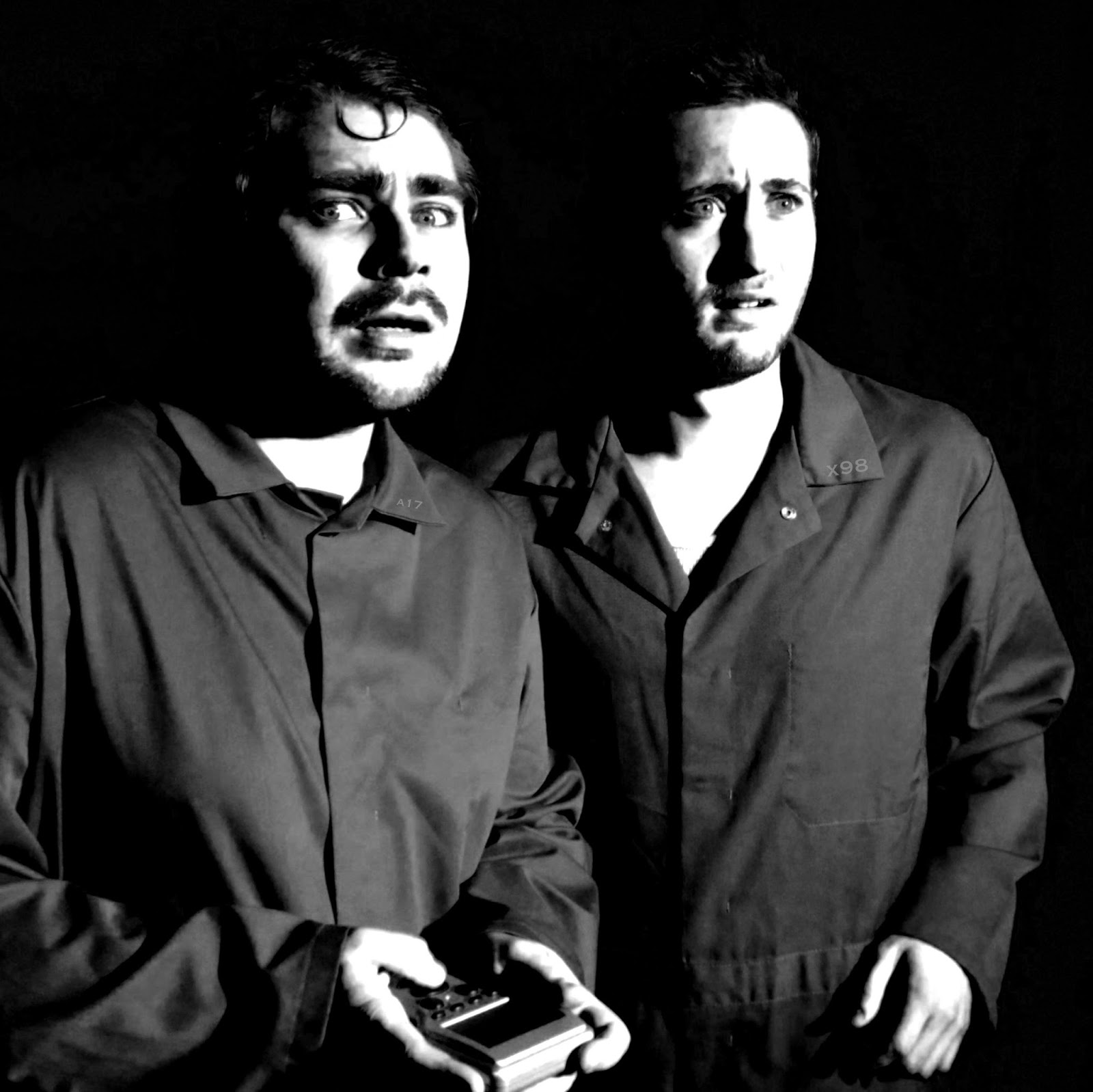 Promotion for our debut production, THE PROBLEMING, is now in full swing. We're in the midst of inviting reviewers, handing out flyers and generally telling as many people as we can about our fantastic comedy horror. We've got a real treat in store for you this summer, so we hope you'll join the fun!

Following that, Bad Bat will begin work on the new run of Steve Jordan's science fiction comedy PILGRIM SHADOW, back by popular demand. The show, which debuted at 2013's Camden Fringe, and will return to theatres in November of this year as part of a double bill with Ray Newell's A RECIPE FOR DISASTER at the Dugdale Centre in Enfield.

PILGRIM SHADOW is about two criminals, Tyler (Cliff Chapman) and Gary (Adam Joselyn), 'The Future Boys' on the run from the law and in search of a mythical lost treasure hidden somewhere in deep space. But until November, why not acquaint yourself with the Future Boys' first adventure, DEAD STATIC? Described as having 'the makings of a classic series' by Snipe London during its theatrical run, it's the perfect way to get yourself in the mood for our comedy treats this summer. Download for FREE here!
Posted by Bad Bat at 16:33