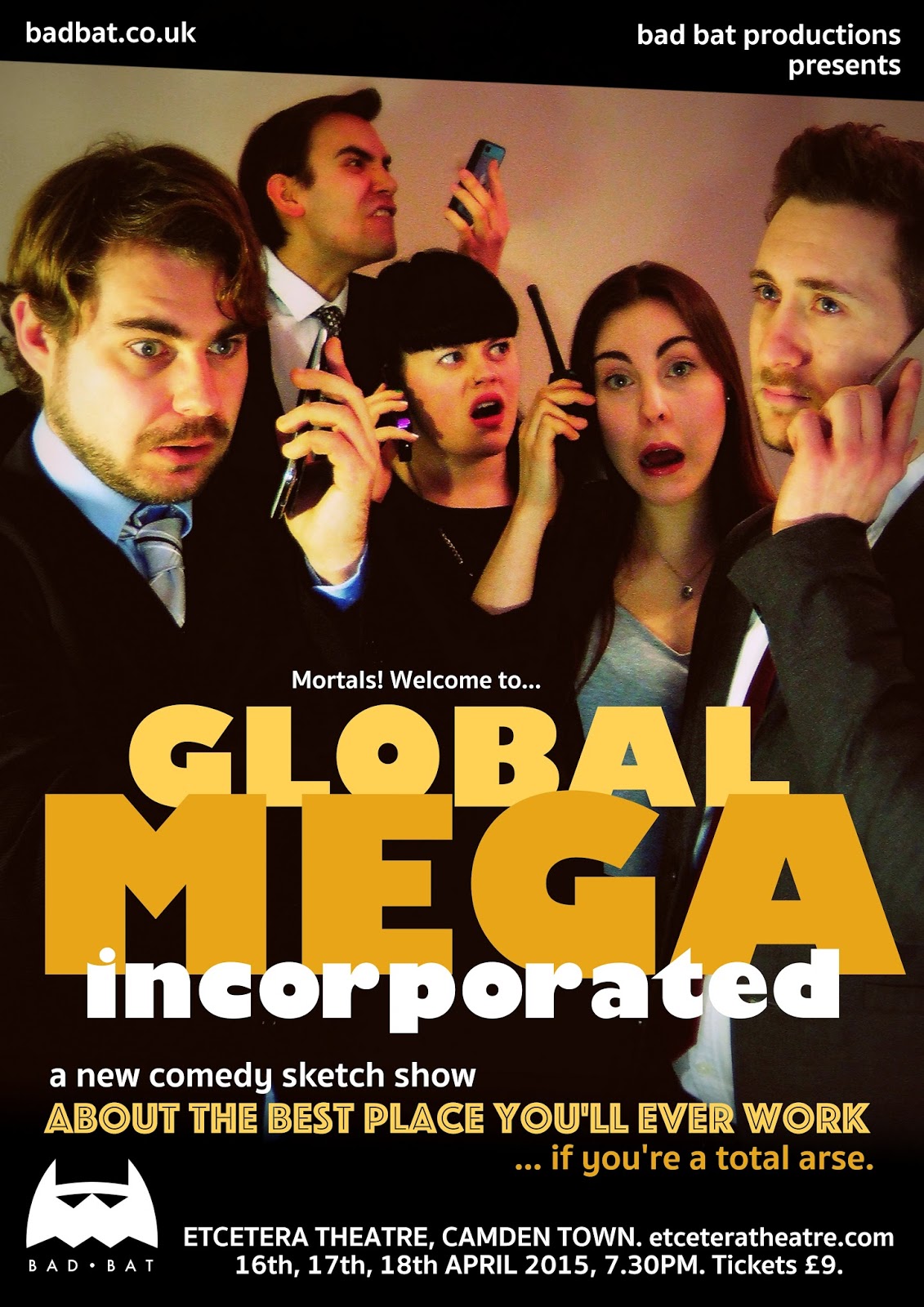 Bad Bat Productions presents ‘Global Mega Incorporated’ - a new comedy sketch show about the tribulations of a wayward corporation on the brink of destruction.

Led by the bombastic and slightly mental Jeremiah Baptiste, the eponymous company does a bit of everything, from investigating people’s past lives to launching missions into outer space. Consider the show a grand tour of the world’s most ludicrous enterprise. Is the company destined for success? Doomed to failure? IT MATTERS.

So, what should you expect? Think the traditions of Monty Python, Fry & Laurie and The League of Gentlemen, mixed in a lunch box with some bats and the worst job you’ve ever had – but mostly just the lunch box. From the team that brought you comedy plays The Probleming (★★★★ - Views from the Gods) and Pilgrim Shadow (★★★★ - Remote Goat).