Cynthia's university life is a nightmare. She hates her peers, her campus and she's beginning to hate herself. Her only friend is Nicole - a scatterbrained party girl, desperate for popularity. In an effort to move up the social ladder, they join the only student society that appeals - the Speculative Analysis Society (Spec Anal for short) - a group on a quest to prove the existence of the paranormal. As it turns out, it’s not a group at all; just a bloke named Dave in a bow-tie, a lone ghost enthusiast who believes that the isolated rural campus of Trent Park University is haunted by the spirits of witches that were burned at the stake on the grounds of the campus. Despite Cynthia's cynicism, the trio venture out into the seemingly endless fields at night. A harmless bit of fun? Or a night of terror they must fight to survive? Behold, the Probleming.

THE PROBLEMING, a horror comedy by Steve Jordan. The show ran at the Tristan Bates Theatre in Covent Garden for six evening performances, from Monday 28th July to Saturday 2nd August 2014 at 7.45pm. The show was part of the 2014 Camden Fringe Festival, and starred Emma Stirling as 'Cynthia', Adam Joselyn as 'Dave' and Ellen Gallagher as 'Nicole'.

★★★★ '...the quality of Jordan's writing has always been in his characterisation, ensuring each is given just as a particularly well-crafted arc as the plot. Here, the trio are unravelled in just three, well-considered and tightly-crafted scenes that do justice to the whole piece... Just round the corner, you could plonk your cash down for (Jeremy Dyson's) Ghost Stories. Yet if the audience on my evening is anything to go by, you could save a good £30 a ticket. The laughs come thick and fast, in all different varieties. Whether you love the cheesey, slightly nerdy references Jordan seems to revel in or the swears intelligently placed like landmines across the place, this has 'em all... Jordan cares for his characters, well-evidenced throughout, and juggling a trio well. Scripts are, frankly, impeccable... it's this continued attention to detail that makes Jordan's writing such a great investment at any level.' - Views From the Gods.

'Steve Jordan's best play yet. A diverting blend of comedy and horror, with a nice line in really foul-mouthed profanity.' - Andrew Cartmel, novelist and screenwriter.

'The chemistry between Gallagher and Stirling is rather like French and Saunders in the days of old or if you prefer a sitcom example, like Baldrick and Blackadder... Joselyn is note perfect as the socially-awkward Dave, whose cheerful demeanour is offset by his strange behaviour. The best thing about The Probleming though is the characterisation of all three parts. None feel underdeveloped and all have their moments to shine. Some of the biggest surprises come from unexpected moments of pathos that creep up on you between the laughs.' - Female Arts

'Atmospheric... Adam Joselyn as Dave is spot on with a combination of social awkwardness and ambiguity and comes with a childlike enthusiasm about his passion. Emma Stirling as Cynthia is sarcastic and cynical and her superiority complex shows through. And the cheerful and naive Nicole, played by Ellen Gallagher is positively infectious.' - The Public Reviews 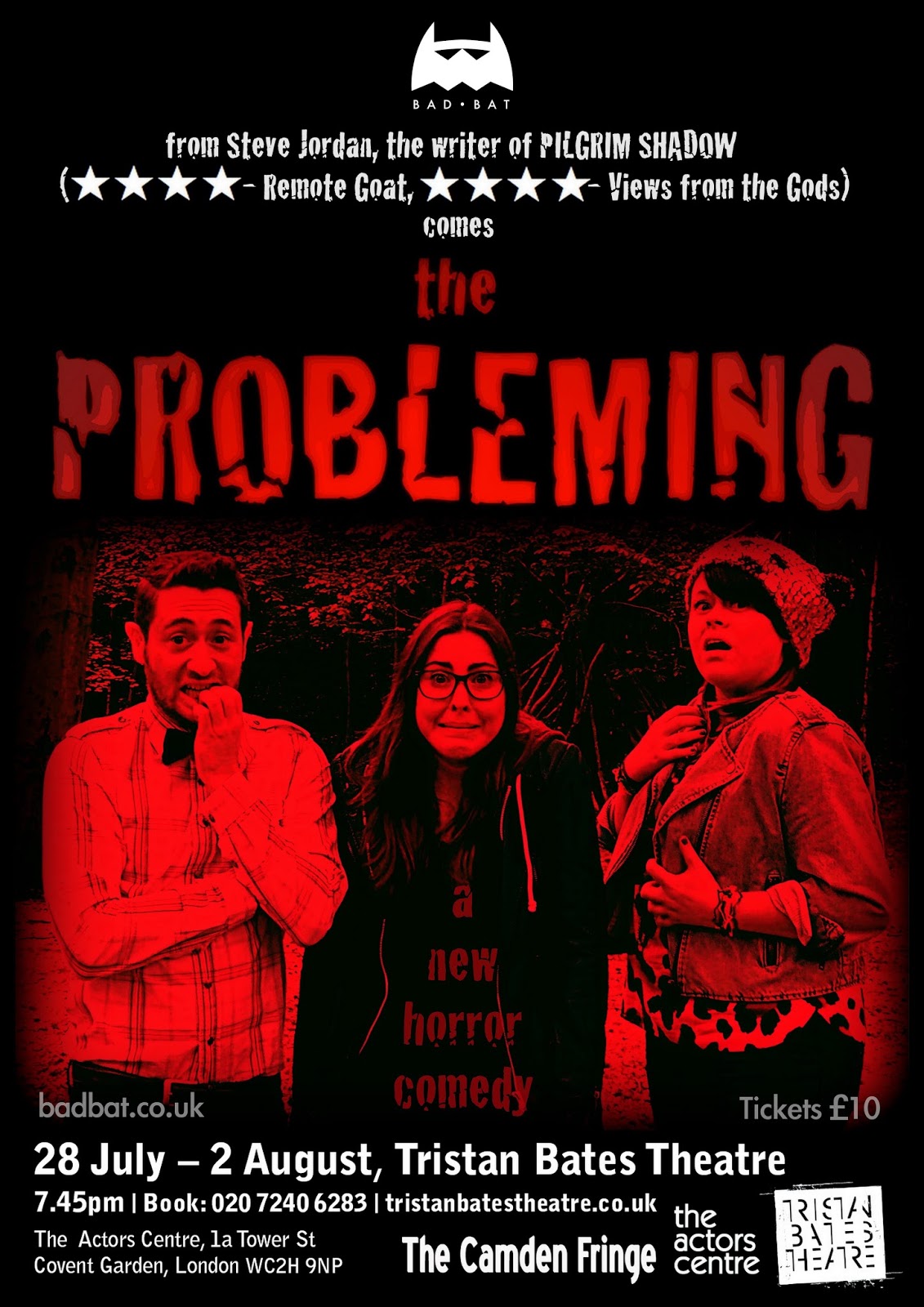 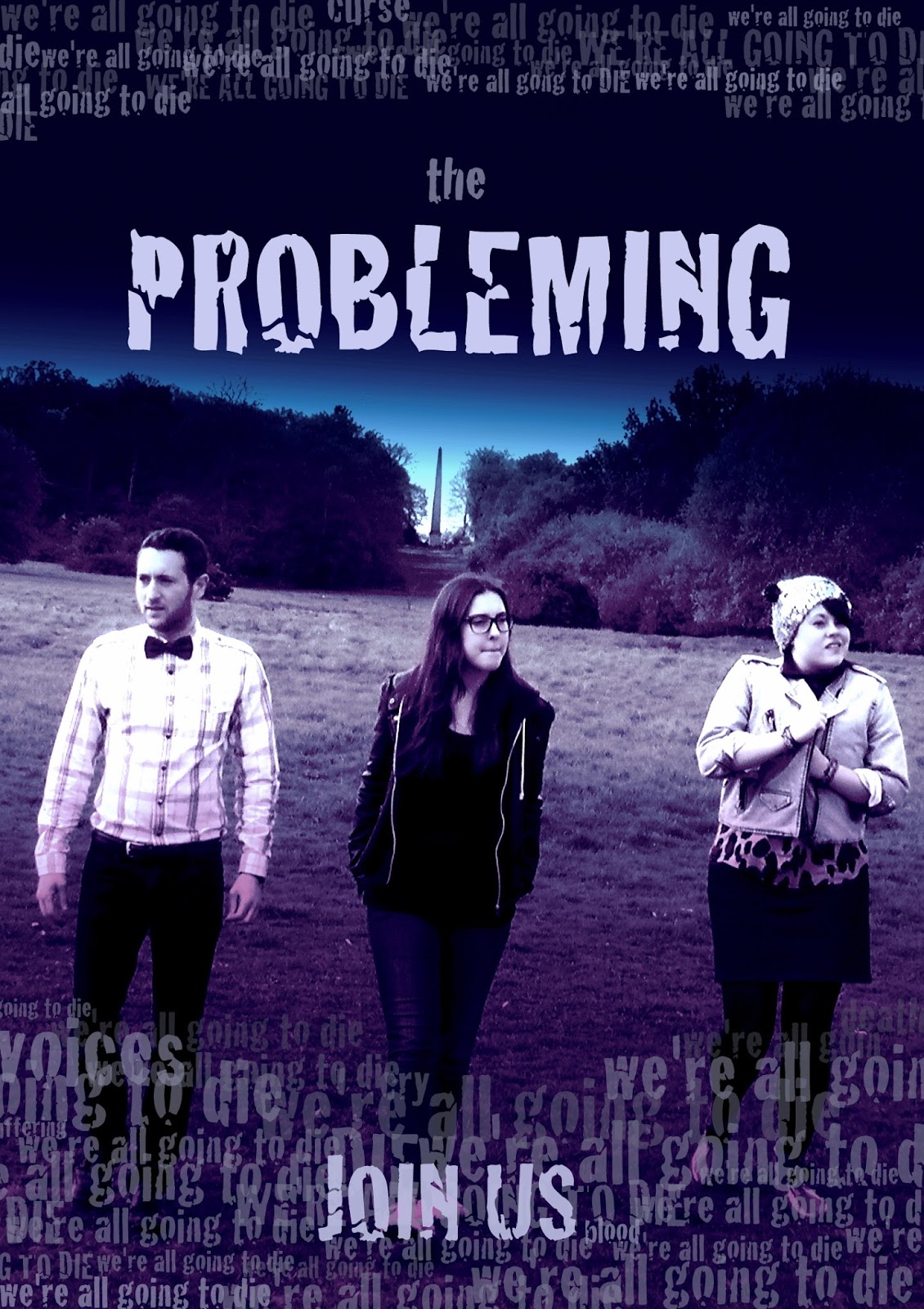